Today is the yearly Tag des Apfels (apple day) in Switzerland, and it’s a special one this year as it’s the 25th time apple day is celebrated on the third Friday in September. For a quarter of a century, apple producers and many helpers have handed out thousands of kilograms of free apples each year in train stations and public places. Even the Swiss fruit association, Swissfruit, doesn’t know the initial reason for this event, but it’s assumed that the reasons were the same 25 years ago as now, that is to celebrate Switzerland’s most popular fruit and to raise awareness of a diet high in fruit. For years the apple has been the most eaten fruit in Switzerland with currently 16kg per head and year. 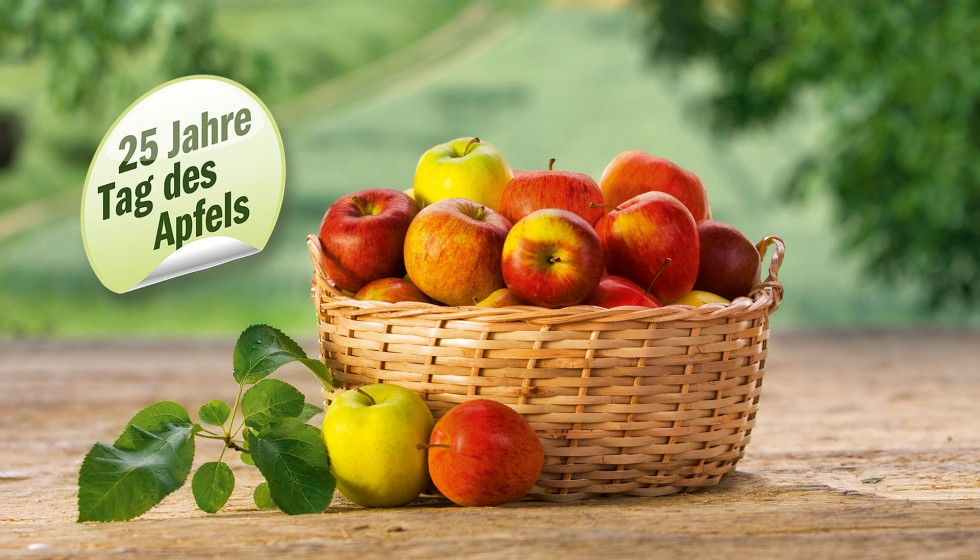 Here at LZK we love apples too, especially the varieties that are only available in autumn such as Gravensteiner and Boskoop. There are about 50 edible apple varieties in Europe, but sadly many old ones have disappeared and only a handful are being sold in the supermarkets. But, unlike in many other countries, in Switzerland the majority of the apples sold all year round are local ones from Switzeland and don’t have to be shipped in from far away outside of the apple season. This is only possible due to the huge Swiss apple warehouses. We wrote about this last year, you can read it here. In terms of apple recipes there’s a lot of catching up to do here on this blog, but for now you could try the scrumptuous apple fritters with vanilla custard or a Swiss apple tart with either apple slices or grated apples. You can use any fruit tart recipe from this blog and exchange the mentioned fruit for apples, for example this one. Photo sources: Swissfruit, Pixabay 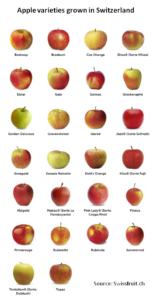 No comments yet
Swiss apple day