Have you ever wondered why you can buy crunchy, fresh looking Swiss apples all year round despite them only being harvested in autumn? I never did and just took it for granted – until I moved to London and wondered why the British apples are only sold in autumn, while during the rest of the year apples from New Zealand, South Africa and South America dominated the supermarket shelves. I found this highly interesting and went on a mission to find out what was going on.

A special climate and a little gas

In Switzerland, one can buy a large array of domestic apple varieties all year round, and they never look old or wrinkled. The secret behind this eternal youth of our apples is a new technology and the fact that about ten years ago the Swiss government allowed apples to be treated chemically with a substance called 1-Methylcyclopropen, a gas also known as Smartfresh. Here’s what’s done to our apples: 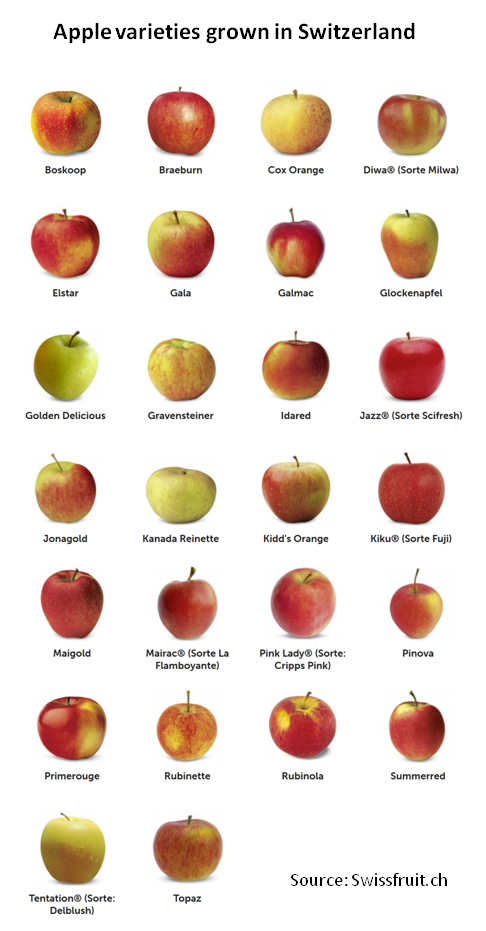 Swiss apples are harvested in autumn. Those that are sold until February the following year aren’t treated with anything, but stored in huge cold warehouses with a special climate: the temperatures in those warehouses are around zero degrees C and the humidity a tropical 92% (imagine that, the Swiss winter and tropical Asia combined!), the oxygen is artificially lowered to 1-2%; this keeps the apples fresh and crunchy for several months. Apples that are being sold after February are stored in the same cool warehouses, but additionally treated with the Smartfresh gas that hinders the natural ageing of the apple. While they stay young and crunchy thanks to this treatment, they do lose some of their aroma. Depending on the variety, treated apples can be stored for up to 13 months, and the supermarkets don’t have to declare it. The use of Smartfresh is prohibited for organic apples.

What about the ecological balance?

Weighing up the options 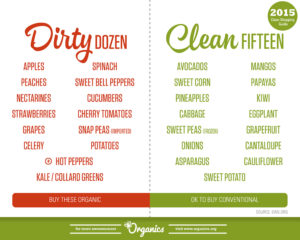 So, what to do about buying apples from February to autumn? One the one hand there’s the chemicals on the treated Swiss apples which is not great. On the other hand, apples are part of the dirty dozen already (meaning they’re one of the twelve fruit and vegetables that are most heavily treated with pesticides), so one could argue that the addition of a bit of Smartfresh probably doesn’t make it much worse than it is already. For me, I’m trying to buy organic apples as often as I can, but especially now in spring I still prefer to buy the Swiss treated apples instead of organic ones that come from the other side of the world. And anyway, my by far favourite two apple varieties, the Boskoop and the Gravensteiner, are only sold during harvest time in autumn, which is when I make most of my favourite, untreated, uncooled apples straight from the farmers.