I’m pleased to say that most of my Swiss childhood soft drinks are still around, and all of them still in Swiss ownership, despite the big global brands occupying a large part of the soft drink supermarket shelves. Here are the 7 Swiss soft drinks most Swiss adults have fond childhood memories of – have you tried them yet? 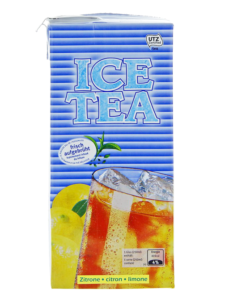 There’s this thing about Migros. Unlike Coop, Migros mostly sell their own products, not branded ones. And they’ve always had a very clever marketing department as dozens of their products have gained cult status amongst the Swiss population – a phenomenon that rarely happens with branded products or products from the other supermarkets. Let’s for example take ice tea; the Migros ice tea is the only one with (semi-official) cult status. These days you cannot only buy Migros ice tea, but also other products with its label on it like t-shirts, bags, umbrellas and so on. But the drink has deserved its popularity, for me personally too it’s the best ice tea available and I rarely buy any other. Migros ice tea is available with sugar (dark blue label) and sugar-free (light blue label). The Migros ice tea is produced in Bischofszell in the canton of Thurgau. 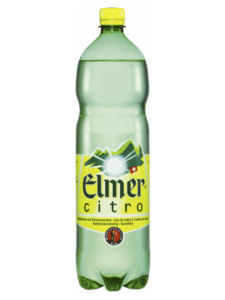 The green and yellow label of this Swiss lemonade reminds my generation of our childhood daytrips to zoos, parks or lakes, enjoying a glass of ice cold, bubbly Elmer Citro in a gravelled outdoors café, sitting on one of those red or yellow metal chairs and tables, in the shade of a large leafy tree. Elmer Citro is made with the spring water from the alpine town called Elm, and despite a few handovers, the company is still in Swiss hands. The soft drinks market has always been a tough environment that required constant marketing ideas to keep the sales numbers high. When Elmer Citro decided to introduce their drink to the Italian part of Switzerland in the 1950ies, they launched a road cycle race for professional riders called ‘Gran Premio ELMER Citro’ which took place yearly for over ten years. To boost the sales figures in the 1960ies, the ELMER Girls beauty contest was launched – ballot boxes were placed in grocery stores, cafés and restaurants. Probably much to the annoyance of many a politician back then, the voter turnout was significantly higher than for the current national votes. The market share went from 4% to 11% within 3 years. 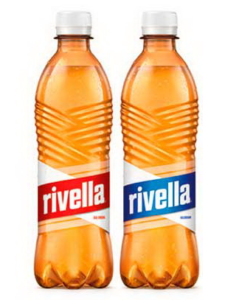 When I was a child, there was only Rivella Rot (red label, with sugar) and Rivella Blau (blue label, without sugar). Nowadays there are a few more versions but Rivella Blau and Rot remain the most popular ones. The name Rivella is inspired both by the town Riva San Vitale in the canton of Ticino and the Italian word Rivelazione (revelation). Rivella is rightfully called the Swiss national drink, with a market share of around 15%, second only to Coca Cola. Interestingly, the sugar-free version Rivella Blau was initially produced as a drink for diabetics in the Netherlands. Only a year later it got introduced in its home-country Switzerland. What makes Rivella unique is its 25-35% share of milk serum, a tasteless liquid that remains after extracting the fat and proteins from milk. The healthy serum contains minerals, micronutrients and lactose. Rivella is produced in Rothrist, a town in the canton of Aargau which most Swiss only know because of Rivella. 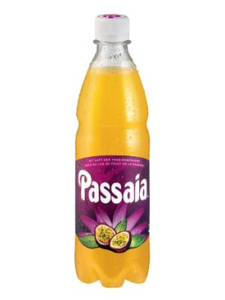 Passaia reminds me of afternoons at my late grandparents’ small terraced house in Winterthur. It’s a wonderfully fruity, bubbly drink with passionfruit taste. Interestingly, it was created and is still produced by Rivella but sold exclusively by Migros. Passaia is produced at the Rivella production plant in Rothrist – about every two weeks, it’s Passaia day and the yellow passionfruit liquid runs through the machines instead of the golden Rivella one for a day. The reason why this passionfruit drink is sold in Switzerland is to be found in Down Under. It was on a busines trip to Australia when Rivella founder Robert Barth fell in love with passionfruits. He found them irresistible and decided to develop a passionfruit drink for the Swiss market. Today the passionfruits for Passaia are sourced in Quevedo, Ecuador. 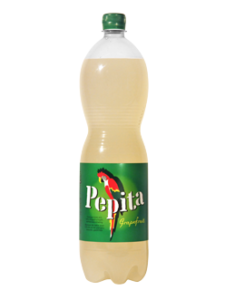 Hugely popular when I was a child, Pepita has taken a bit of a back seat in the past decades but its popularity is picking up again. If you like grapefruit, this soft drink is for you. Pepita has been around for quite some time – it was first produced in 1941 when the lids still were screwed on by hand and the bottles delivered by horse carriage. The label with the parrot and the name Pepita were added in 1949. In the 1970ies and 80ies, Pepita was hugely popular and many of my generation remember Pepita as a Sunday treat. In the following decades however, Pepita was sold less and less until the sales numbers reached dramatically low levels, and the drink’s availability got reduced to some restaurants. In 2009, at the company’s 60th birthday, the old label was reintroduced and sales picked up and these days the drink can be found in most supermarkets again, so go and get a Pepita and taste a bit of Swiss soft drink history! Pepita is produced in Sissach, a town in the canton of Basel-country. 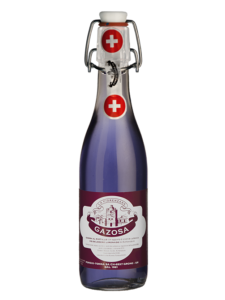 Even though Gazosa has been produced since the year 1921, I’ve only come across it in my mid-twenties, so I suspect it just wasn’t as popular in the German speaking area before that. Nowadays it’s very popular, especially in trendy bars and restaurants. The carbonated drink Gazosa, available in 8 tastes, is produced by a family called Ponzio-Tonna in the town Grono in the Italian speaking part of the canton of Graubünden. Lemon and tangerine are the most popular tastes in the Italian part of Switzerland while up north in the German part bitter orange and blueberries are on the highest ranks. My personal favourite is the wonderfully blue-lilac blueberry one too. Unlike all other soft drinks mentioned on this list, Gazosa come in beautifully designed glass bottles. 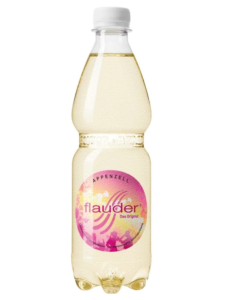 This is the only drink on this list that didn’t exist when I was a child. But nevertheless, Flauder has been around since 2002 and has become very popular. Flauder is a carbonated drink with elderflower and melissa taste. What I really like about it is that it’s far less sweet than your usual soft drink. The name Flauder originates from Flickflauder, the production town’s local dialect word for butterfly. The drink is produced by a family business in Gontenbad, canton of Appenzell Innerrhoden, with local spring water. Again, it takes some genius to successfully enter the crowded soft drinks market. Flauder did it in its own way – the company added a free bottle of Flauder to every drinks delivery and therefore the drink gained popularity very quickly.
Comment (1)
Elmer Citro Flauder food history Switzerland Gazosa history soft drinks Switzerlanfd soft drinks history Migros Ice Tea Pepita Rivella Sinalco soft drinks Switzerland Swiss drinks Swiss soft drinks