Bananas are Switzerland’s second-most sold fruit, which is rather unique given that bananas aren’t grown anywhere nearby and are mostly shipped in from another continent. Statistically, every person in Switzerland eats about 10kg (22 lbs) of bananas each year. Globally, more than 100 billion bananas are being consumed each year which, after wheat, rice and corn, makes it the fourth most important crop in the world. Given its importance in our diet, it’s a good idea to know a little more about the yellow fruit we love so much, especially the possible banana shortages we might be facing in a few years time due to the banana plant’s weak immune system.

One: You’re eating Cavendish bananas. There are about 1000 varieties of the banana plant worldwide, several of which are being eaten. However, pretty much all bananas that are being exported to the non-banana-growing countries like Switzerland are of the Cavendish variety. Botanically, bananas are classified as berries.

Two: European bananas taste sweeter. Most bananas sold in Switzerland are being produced in South and Middle America, but Coop has recently started selling European bananas from the Canary Islands. The Canary ones are a little shorter and thicker and taste sweeter than their American counterparts due to two reasons: one is that due to the shorter distance to Switzerland, they can be harvested much later in the riping process. The other reason is that the climate in the Canaries is much colder, which means that the bananas will hang on the banana tree for 6 months instead of the typical 3 months in the Americas. A longer ripening period means sweeter bananas.

Three: Bananas turn yellow in Europe. Bananas from the Americas are being shipped to Europe in refrigeration ships, about 200’000 bananas per vessel. Once arrived in Europe, they’re being brought to one of 50 European banana ripening chambers (both Coop and Migros have their own ripening houses in Switzerland), where they ripen with the help of a slowly increasing room temperature and Ethylene, a gas also used as an anesthetic agent.

Four: The Bananenfrauen (banana ladies) founded fair trade in Switzerland. In the 1970s, a few ladies from my hometown Frauenfeld raised awareness for the issues of world trade, particularly the social and ecologic issues of the banana cultivation. They demanded that Swiss supermarkets charge their customers more for bananas which increased the income of the banana growers. This was the start of fair trade in Switzerland.

Five: Your grand-parents ate different bananas. Up until the 1950ies, the bananas available in Europe where from the Gros Michel variety, which apparently tastes quite different to the Cavendish ones we’re used to in Europe these days. Something quite dramatic happened in the 1950ies – the Panama Disease, caused by a fungus, wiped out vast areas of Gros Michel plantations in Central America. It meant the end of banana exports. However, it was discovered that the Cavendish variety proved to be resistant to the fungus called TR1 (Tropical Race 1) and the banana growers were able to start growing these bananas.

Six: Bananas have a weak immune system. Unlike most other fruit, both the Gros Michel and the Cavendish bananas don’t have seeds and are sterile. This means they don’t reproduce like other plants through pollination. Instead bananas clone themselves, which means that they have a very limited gene pool. This limited gene pool makes the plant vulnerable to diseases and parasites, you could say that the banana plant’s immune system is very weak. Which leads us to number seven:

Seven: The end of cheap bananas might be near. The Cavendish variety was resistant to the fungus TR1, but there’s a new type of Panama Disease fungus, TR4, which affects the Cavendish banana plants. TR4 is already spreading in Asia, Africa and Australia. South and Middle America is still free of it but with today’s world trade and movement of people it’s a tall order to keep it out of the continent for good. Almost all of our bananas are imported from the American continent. Once the fungus has started spreading there, it’s probably the beginning of the end of the cheap banana as we know it as there is no known fungicide that works for the TR funghi. Right now there’s no other known variety that tastes like the bananas we’re used to and which is robust enough for intercontinental shipping. There’s a lot of research going on but it might take a decade or more until a solution is here. One other possibility is the engineering of a genetic modified banana that can resist TR4. Right now, many people in the West are still against GMO but who knows what the future brings. 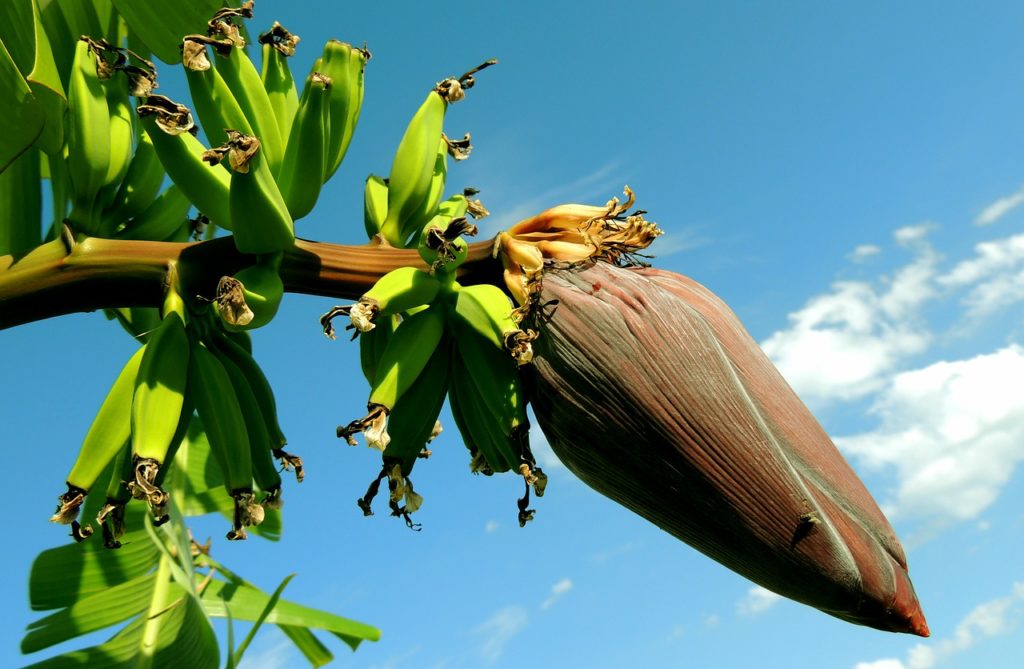 3 Replies to “Bananas: Eat Them As Long As You Can”