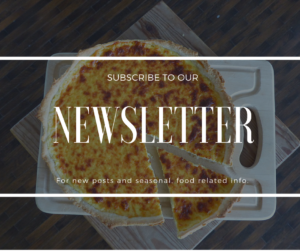 Christmas Eve is the start of the peak of the Swiss Fondue Chinoise season – the peak lasts until New Years’ Eve. This fondue and the Filet im Teig (pork or veal fillet wrapped in pastry) are the two main Christmas and New Year’s eve dinner meals in Switzerland. When I was a child in the 1980ies, Fondue Chinoise, a meat fondue made with sliced meat cooked in beef or chicken stock wasn’t as popular yet, instead people preferred its less healthy sister, Fondue Bourguignonne. The latter uses hot oil instead of a broth, and cubed beef instead of sliced beef, pork and chicken. Fondue Bourguignonne is tasty but it has two significant drawbacks – one is that afterwards the entire house smells of cooked oil, the other one is that meat deep-fried in oil can feel a little too filling. These days Fondue Chinoise is far more popular and in both mine and my husband’s family and in many others all across the country it’s the go-to meal for Christmas and New Year’s Eve. Here’s our guide to the Swiss way of eating Chinese hotpot, or as we call it, Fondue Chinoise. 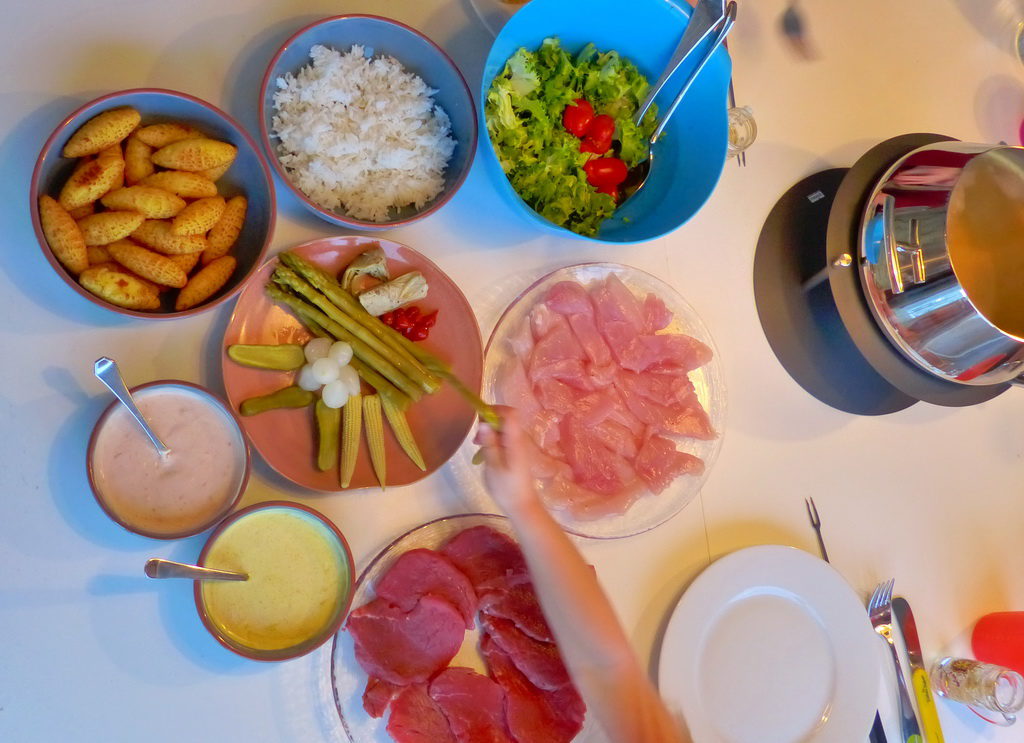 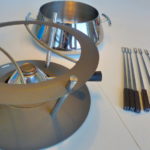 One: The pot. Fondue Chinoise pots can be bought in any supermarket (note: it’s a different pot than the cheese fondue one). There are several types of heat sources, the two most popular ones these days are the gel-like fuel that comes in a little pot, the other one is gas that is refilled from a bottle. I like the gas more as it’s easier to refill and it burns more efficiently (that is it gets hotter). 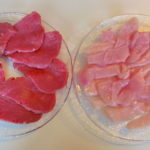 Two: The meat. You can find pre-sliced frozen meat in any supermarket. However, I would strongly advise not to use this kind of meat. It’s too thin and the freezing of these thin slices takes a lot of the taste away. I’d always go for various kinds of my own sliced meat (chicken breast, beef fillet or rump steak, pork fillet or veal fillet) or if pressed in time I’d order it sliced from a butchery. You’ll taste a big difference and I think it’s worth it. Personally I’d rather have no Fondue Chinoise than one with frozen sliced meat. 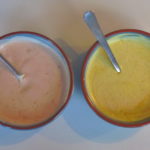 Three: The sauces. You’ll need a few dipping sauces for the meat. Again, there is a lot of readymade sauces that can be bought but I prefer mine made from scratch. Popular ones in our house are the coctail sauce, garlic sauce and the curry sauce, all based on sour cream and mayonnaise. Some sauce recipes can be found here (German). 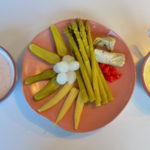 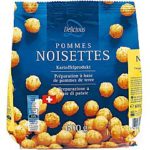 Five: The other side dishes. Small potato balls made of mashed potatoes and baked in the oven are a common side dish for meat fondue, as these can be dipped into the same sauces. My favourites are the Pommes Noisettes from Migros or the Naturaplan Bio Kroketten from Coop (both to be found in the frozen aisle). Plain white rice or bread are very common too. But you can choose any side dish you like. You can also add some salads to make it less meaty. Another popular addition are steamed vegetables which can also be cooked in the broth.

Six: The broth. There are many recipes for the broth. For a deluxe version you can make your own. If you’re too busy or too lazy like me, just use some beef, chicken or vegetable stock powder mixed with water. You could also add some vegetables to the broth.

Seven: The soup in the end. The meat fondue broth makes an exellent soup. We often eat the soup straight after the fondue or on the following day – add some sherry for an even more delicious soup. You can also re-use it the next day for eating the leftovers of your meat, or freeze the broth for another week.