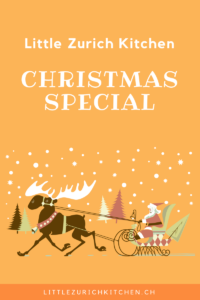 Filet im Teig (pastry coated pork fillet) is, besides meat fondue and cooked ham with potato salad, what the Swiss in the German speaking part traditionally eat at Christmas. It’s easy to make and it can be prepared in advance and stored in the fridge until it’s being baked, which makes this dish a great option if you want to entertain guests but don’t want to spend time cooking while your guests are here already. The sausage meat contains either savoury fillings like my recipe, or you can easily swap these for dried fruit like chopped prunes and apricots which go so well with pork too.

Filet im Teig was a classic dish of my childhood, either for Christmas, any other holiday or when we were entertaining guests during the year. I don’t think I’ve ever made it myself, so, as so often, this is my mum’s recipe. 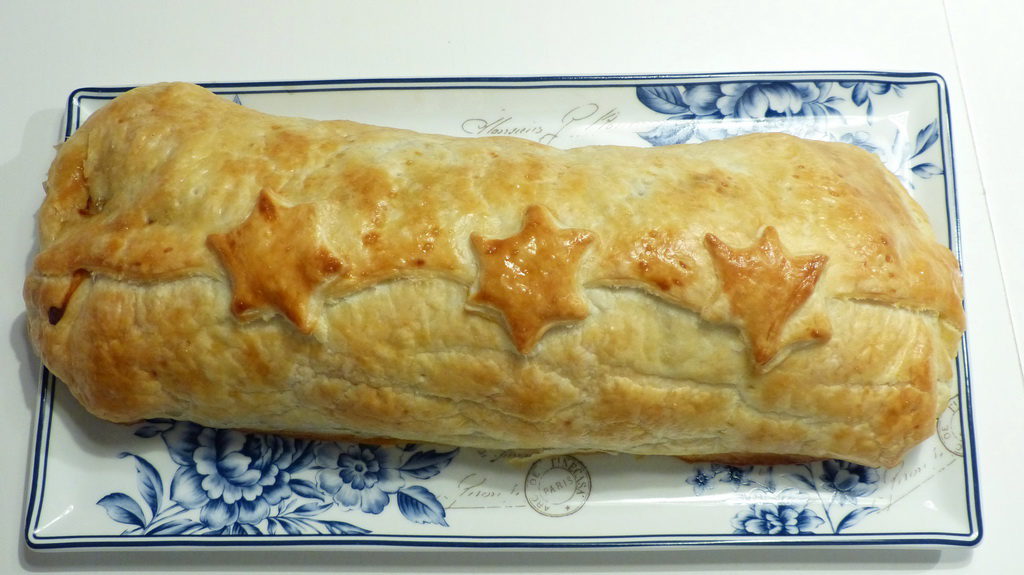 Season the pork fillet with salt, pepper and a little yellow curry powder. In a frying pan, heat some oil and fry the fillet on all sides, only quickly until slightly browned. Put fillet on a plate to cool down and gently fry the sliced mushrooms in a little more oil.

Chop the parsley and cut the ham in small cubes. Mix the sausage meat with the fried mushrooms, the parsley, Madeira or white wine and the ham. If you want to make it special, you can add some grated black truffles. Add some salt and pepper and, using your hands, mix everything until evenly combined.

Bake at 190 degrees C for about 45 minutes or until the dough looks baked and slightly browned.

Serve either with vegetables only, or add some noodles, rice or potatoes.