The Cervelat. Such a humble sausage, yet there’s so much to say about it. This small, curved, light brown outside/pink inside sausage is also known as des Schweizers liebste Wurst (the favourite sausage of the Swiss), and you can get it at every sausage grill stand at fairs, festivals, markets and tourist spots, alongside our other much loved sausage, the white coloured, slightly longer Bratwurst.

Once an expensive delicacy, no wonder the Cervelat became the Arbeiterwurst (workers’ sausage), partly due to the fact that it’s cooked already and therefore can be eaten cold, straight out of the fridge, or warmed up. According to the statistics, each person living in Switzerland eats between 14-20 Cervelats per year (vegetarians included, so the actual number for the meat eaters must be even higher). You can also tell that this sausage is very popular from the fact that the word Cervelat has even become an expression for something completely unrelated to food: the Cervelat-Prominenz (Cervelat celebrities). This expression is used for what, in English, you would call Switzerland’s ‘B-grade celebrities’ (which are most celebrities in Switzerland, except maybe the Bundesräte and Roger Federer which are proper, A-grade celebrities). Another sausage related expression we use is: Das isch mir Wurscht, which, directly translated, means ‘this is sausage for me’ (as in ‘sausage’ as an adjective), meaning ‘I don’t care’. 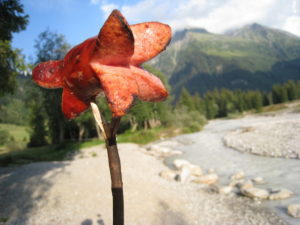 The Cervelat has been around for hundreds of years; there’s a hand-written recipe from the 16th century. However, the Cervelat as we know it today has been around for about 200 years; only the invention of the mincing machine allowed to make the smooth sausage meat that is required for the contemporary Cervelat. From 2006 to 2012 the Swiss had to deal with some serious stuff – the Cervelat crisis. For decades, the skin of the Cervelat consisted of Brasilian cow intestines. Due to the bilateral agreements with the European Union, Switzerland was no longer allowed to import these intestines from 2006. Even though the Swiss butchers had masses of these intestines in stock, with a yearly usage of more than 13’000 miles (6’500km) of it, it dawned on the Swiss in the year 2008 that their national sausage was in danger. 2008 was also the year of the financial crisis, but in Switzerland, the Cervelat crisis was as popular in the news as the global financial downturn – you can tell how distressed the Swiss were. The Cervelat crisis even made it into the NY Times. Several alternatives were being looked into, including intestines of other animals and synthetic skins, but it was soon clear that the Cervelat wouldn’t be of the same shape and taste anymore when produced with any other product. In the end, the Swiss were able to import the cow intestines from some of Brazil’s neighbouring states, and the newest development is that the intestines from Swiss cows are allowed again to be used for Cervelat –  decades-long ban that was once placed due to the BSE risk has been removed.

What is a Cervelat and where to buy it? 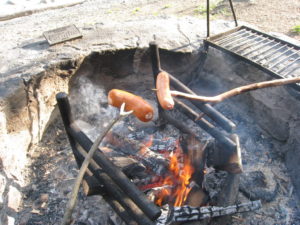 Cervelats are made with meat (proper meat, not lungs or heart or anything alike), often beef only. The sausage needs to have a minimum of 35% of meat, but a good Cervelat has at least 45%. Each butcher has their own recipe and spice mix, so the taste will vary from butcher to butcher, if only slightly. If you want to buy a good Cervelat, going to a butcher and buying their self-made sausages is always a good idea. But you can also get decent Cervelats in Migros and Coop – just check for their meat percentage (or just buy the more expensive ones).

If you want to do the entire Cervelat experience and eat them like the Swiss, do it in all of these ways: 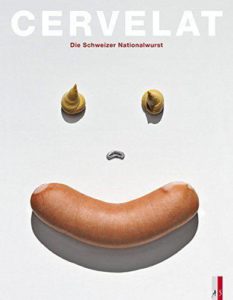 The Cervelat stories don’t end here. If you want to know even more, you can buy the book Nationalwurst, an entire book dedicated to our beloved sausage.

6 Replies to “The Cervelat: Our National Hero”