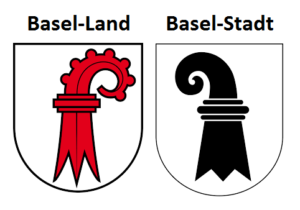 I’ve always had a sweet spot for the Basel cantons. People from Basel are a lot more friendly and relaxed compared to my Zurich folks; I love their dialect; they host Switzerland’s most loved zoo, the Basler Zolli; their carnival is amazing in many ways and the Basler Herbstmesse (autumn fair) is a lot more appealing than Zurich’s Züspa autumn fair. And of course, lots of good food is coming out of the two Basel. The canton Basel-Stadt (Basel city) is the smallest of all Swiss cantons, encompassing only the city of Basel and two more municipalities. Basel-Land is a lot larger, its capital is Liestal. This post covers both cantons Basel-Stadt and Basel-Land and for simplification they will be referred to as ‘Basel’. 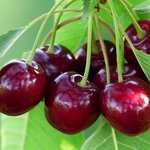 Cherries. In eastern Switzerland we call them Chriesi, the Baselbieter (people from Basel) call them Chirsi. Basel is famous for its cherry trees, there’s even an official Chirsi-bike-route that leads through the cherry trees from Liestal to Laufen. The route is beautiful both in spring when the trees are in full bloom or in summer when they’re full with cherries. Of course when a region is famous for a certain fruit, the liquor from that fruit is normally not far – Basel has Kirsch. 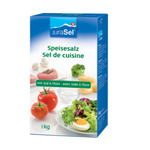 Rheinsalinen. Due to its salt monopoly, nearly 100% of all salt consumed and industrially used in Switzerland is being produced in Switzerland by the company Schweizer Rheinsalinen (Swiss Saltworks). They have three production sites, one of them is Schweizerhalle in Basel-Land (the other two are Riburg and Bex). About half of the annual production (about 600’000 tonnes) is used as de-icing salt for roads, the other half is being sold as edible salt and for industrial and commercial uses. The saltworks are open for visitors, for more information see website. Photo: Schweizer Rheinsalinen 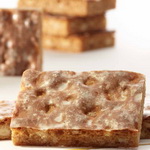 Läckerli Huus. The Läckerli, the rectangle, sugar-coated Swiss gingerbread, is probably the best-known Swiss cookie. There are many variations out there but the inoficially official one is from the Basel Läckerli Huus (Läckerli house). They started in the year 1903 and over the years the company has built an impressive range of products. The Läckerli are still at the heart of the company, but many other delicious cookies, caramels and sweets are worth a try too. You can either visit one of their brick-and-mortar shops or oder online. Photo: Läckerli Huus 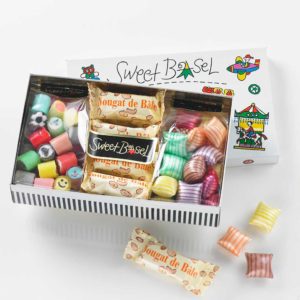 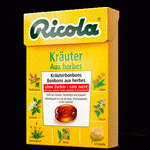 Ricola. This manufacturer of cough drops and breath mints is a true iconic Swiss brand. All their products include natural herbal ingredients, exclusively cultivated on Swiss soil without any use of pesticides, insecticides or herbicides. They’re still based in Laufen, Basel-Land, where the company started out in the year 1930. The initially much longer company name was eventually abbreviated to Ricola (Richterich & Compagnie Laufen) in 1967. In 1976 Ricola launched Switzerland’s first chewable, sugarless herbal sweet. Nowadays the company exports their sweets to over 50 countries. Ricola has six show gardens in Switzerland which are open to visitors. Photo: Ricola

Bell. It all started in the year 1869 when butcher Samuel Bell-Roth opened his ‘Ochsenmetzg’ (ox butchery) in the city of Basel. The Bell group has grown to an impressive size and nowadays is Switzerland’s market leader and one of Europe’s leading meat and convenience food producers. Switzerland’s Coop supermarket sells a broad range of their products. Their headquarter is still in Basel.

Gasparini. This small ice cream manufacturer has been around for decades, albeit not always under the name Gasparini. You can find their ice creams in smaller shops all across Switzerland.

Basler Brunsli. The Brunsli, or Basler Brunsli, is part of the classic Swiss Christmas cookies. It’s not entirely sure that the Brunsli actually originated from Basel but one of the first written mentions was in a Basel cookbook in the year 1750, which is why most people connect it with Basel (other written mentions in the same years were from a Winterthur publication, so the Zurich people could, in theory, challenge the origins). There are other battlefields around the Brunsli too about which kind of chocolate, which kind of grated nuts and so on should be used. This way or the other, the Brunsli is a delicious cookie, you can find our recipe here.

Basler Mehlsuppe. The Basel flour soup is is a true Basel icon. The soup consists of a lot more than just flour and is very tasty. It originates from the Basler Fasnacht, the Basel carnival which marks the start of Lent. The Basel carnival starts with the Morgenstraich, the early morning parade that starts at 4 o’clock one Monday morning early in the year. The city lights turn off and the colourful parade with large, illuminated lanterns fills the city with its very special magic. The Mehlsuppe is typically eaten after the parade in the morning. Here’s a recipe.

Salm nach Basler Art. The dish called salmon Basel style is of great historic importance. While there used to be lots of salmon in the Rhine river around Basel, there aren’t any any longer these days. The reason is the increased use of hydropower. The installation of dams, canals and other control structures meant that less and less salmon could reach the smaller rivers upstream where they used to breed. Today the Rheinsalm (Rhine salmon) is extinct, but its recipes are living on and they can be prepared with other salmon. Recipe for salmon Basel style.

Basler Lummelbraten. This is the Basel way to cook a fillet of beef, flavoured with garlic and served with carrots, celery and a red-wine sauce. Here’s a recipe.

Chäsbängel. Depending on your eating skills for messy foods, you might think of this Basel invention as genious or disastrous. It’s basically a hot dog bread filled with fondue. Certainly tasty if you like cheese, but not easy to master without ending up covered in cheese. You can find the Chäsbängel at the Basel autumn fair and Christmas fair. Here’s a video instruction on how to eat them. 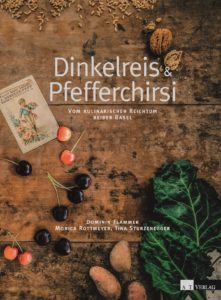 Dinkelreis & Pfefferchiersi. This new cookbook explores the traditional foods and recipes of both Basel cantons. There are both contemporary and traditional regional recipes, written from top chefs, farmers and amateur chefs. Written in German. Available from AT Verlag.

3 Replies to “Basel (Food In The Cantons)”